Get Social With Us

A beautiful example of a very large modern property taking advantage of  its space, we developed a system that would enable the owner of Chitterman house to automate every aspect of their home. We designed a bespoke lighting, heating and security system that integrated with their audio/video entertainment through the Elan processor to give them instant access to everything at the touch of a button.

Using an old cottage as a starting point, the owners demolished all but a very small section to build a lavish, modern style building with incredible vistas around the landscape. As this was a new development, we were able to begin the planning of the home automation system as the architects were drawing up plans, ensuring all the services to the building, cable runs and ducting were organised in the most efficient, logical way. This helped us spend time designing a system that would be most beneficial to the way the owners interact with their space, from creating an atmosphere through dramatic lighting, to watching their favourite TV shows in the snug; a modern building built for modern living.

No expense was spared to ensure the style and visuals of the building were stunning at all times, whether you’re in the guest bathroom or in the garden at dusk, every space was thought about and executed to perfection 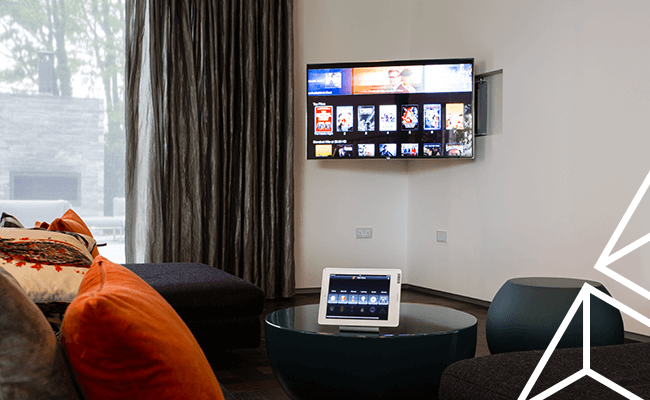 WORKING CLOSELY WITH THE OWNERS TO CREATE A BEAUTIFUL RESULT, FUSING FUNCTIONALITY WITH UNCOMPROMISING AESTHETICS

AN INTEGRATED AUDIO/VIDEO
SYSTEM FOR THE 21ST CENTURY

The Chitterman project was seven years in planning and development, with every single detail considered for its technological excellence and aesthetic beauty. As such, the property provided technical challenges for the electrical installation to develop a scheme that worked with a constantly changing narrative from the owners and provided the usability they required for the future.

Using the Lutron control system, we integrated the lighting, both electric and natural through Lutron shade control, allowing the owners to raise and lower their blinds through their gMobile 7 app and perfect their environment, along with controlling their audio/video system, heating and security.  We designed and installed a door control system, meaning owners could see exactly who was at their gates from wherever they were in the world, answering the doorbell and communicating with visitors through their smartphone.

“Lee Roche has only a few faults. He over delivers on quality, brings the job in under time and saves money both up front and in future integration and evolvement. I have nothing but praise and admiration for him and his loyal and efficient team. They all understand that first class customer service is absolutely priceless” 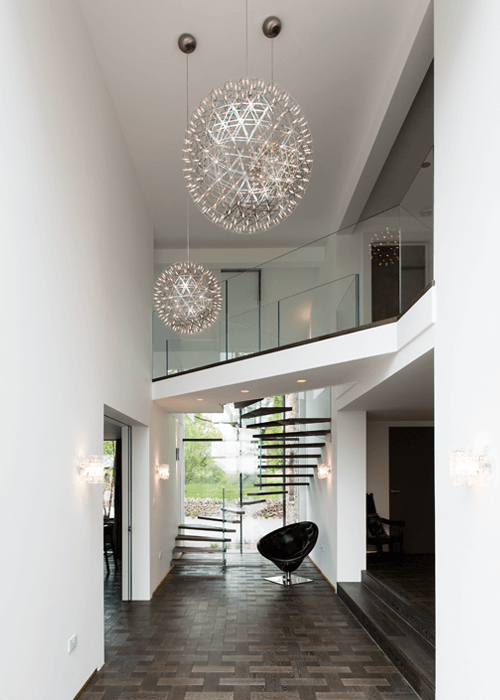 To stand their property apart from the usual custom build project, the owners invested in the latest technology for every aspect of their property, both inside and out.

Stunning marble tiles flowed from the interior to the exterior, with underfloor heating that changes to suit you at the touch of a button transitioning to innovative ‘Snow Melt’ heating under the patio, which begins the second a snowflake touches the tiles. LCR had the challenge of integrating this latest technology with the rest of the system, ensuring the power loads were within tolerance and each system could communicate effectively with each other. The result was a smart home truly out of the ordinary.